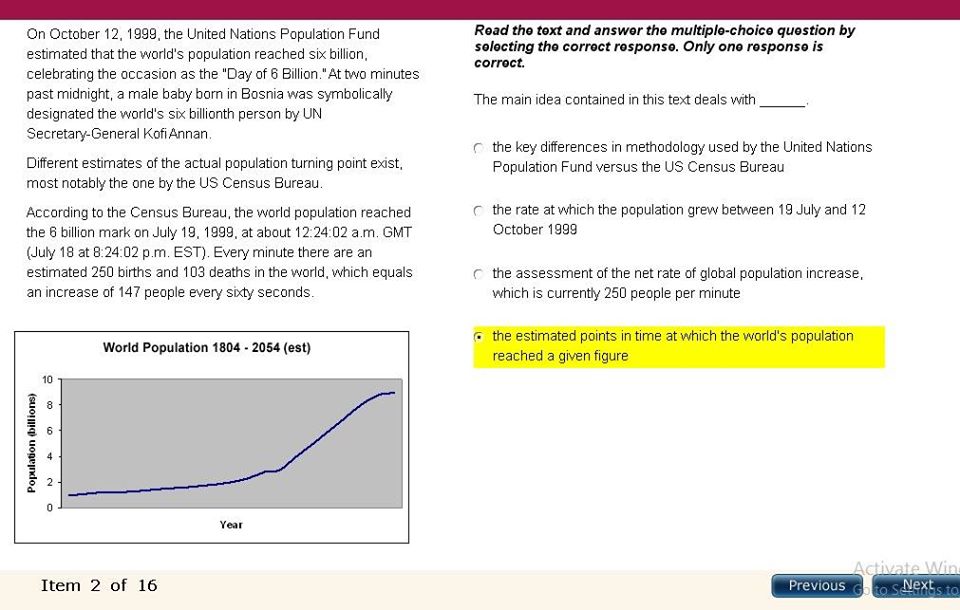 The answer to multiple choice chose single answer is a paraphrase of a sentence in the text. For example in this question,